"Leaving Millions to Bowser Won't Benefit the Dog—Setting up a Trust Might" is the sub-head of a piece from the Wall Street Journal. Seventeen states now have laws that allow people to create trusts for their pets, whereas traditionally pets are considered property and, as such, can't inherit anything. However, all states allow conditional gifts that let a person leave money to a beneficiary on the condition that he cares for the pet after the owner's death.

But there are risks in such an arrangement. If, for example, the caretaker stands to inherit everything left at the animal's death, he could have an interest in seeing that the animal's life is short. People can be unreliable both by character and life's vicissitudes.

Lawyers who draft pet plans like to separate the pet care from the money, as in conditional gifts in a trust under which the trustee gets both the money and the pet, and then delivers the pet to a separate caretaker. The trustee controls the purse strings and can make sure the pet is being treated well. This, of course, requires the services of a lawyer, and more and more lawyers are up on such arrangements. 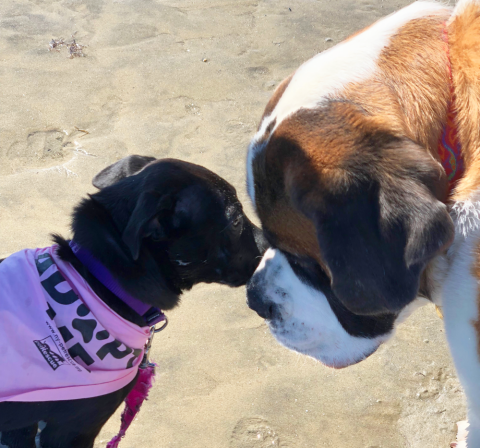 Some people are taking advantage of institutions set up to take care of pet survivors. A special program developed by the SPCA of Texas will put pets in a "life care cottage" with a gift of $25,000 for each cat to $50,000 for larger animals. No cash is required up front; these are designated bequests in wills. It would be well to inquire about local facilities of that kind. Life insurance to fund care of pets can be a relatively inexpensive way to handle costs.

A last consideration for pet owners is to make sure human survivors know a pet has been left behind. A special ID in your wallet that states a pet is at home and in need of care may help. Being in touch with individual pet lovers in your own network and getting to know animal rescue groups and people in your neighborhood may be the best way to insure your pet's wellbeing, both through their own participation and care facilities that they know about.